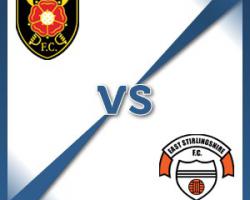 Albion V East Stirling - view commentary, squad, and statistics of the game live.McGuigan back for RoversAlbion Rovers will have striker Mark McGuigan back in their ranks after a hamstring injury when East Stirling visit Cliftonhill.Alan Reid is also in line to return after a knock however John Gemmell misses out through suspension and player/ manager Darren Young remains on the bench following groin surgery in November.Young said: "We are on a disappointing run of three straight defeats however we will get out of it

Back in August if anyone had offered us the chance to be sitting in second place one point behind the leaders at this stage of the season we would have taken it."Rock bottom East Stirling have David Bates and Michael Bolochoweckyj back after suspension but Nathan Shepherd remains out with a knee injury.Head coach Craig Tully said: "With Montrose losing we were able to pull ourselves to within a point of them with three games in hand so everyone has taken a lift."We won at Albion Rovers earlier this season so we are going there with confidence that we can do it again