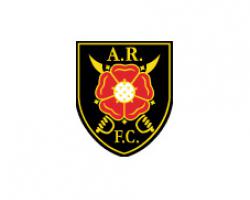 Albion 2-1 Berwick: Match Report - view commentary, squad, and statistics of the game as it happened.Gemmell wins it for AlbiotJohn Gemmell's strike 13 minutes from time gave Albion a 2-1 win over Berwick.A mediocre first half saw neither side hit their straps, with both teams failing to test their opposing keeper.The second half brought a more exciting contest, as the hosts quickly took the lead through Darren Young in the 47th minute

Mark McGuigan set up Young who saw his great effort from outside the box strike the back of the net.With 19 minutes remaining, Berwick got the vital equaliser when Darren Lavery connected with a Paul Willis cross and headed home from close range.The celebrations were short-lived, however, when Albion striker Gemmell put the hosts back in the driving seat when he latched onto Kyle Turnbull's free-kick, seeing his right-footed shot beat the Rangers' keeper from six yards